Cruising from Vancouver to Seattle

Sailing with Princess Cruises from Vancouver to Seattle

It’s no secret that Seattle and Vancouver are major hubs for the North American cruising industry – including Princess Cruises’ ships. Cruise season is officially underway and each year, both cities welcome throngs of tourists from all over the world, seeking adventure on the high seas of the Pacific Ocean.

As Vancouverites, a weekend away in Seattle is quite common. What’s not common for us is travelling to the Emerald City on a cruise ship. I recently had the opportunity to board Princess Cruises’ Ruby Princess on what’s known as a repositioning cruise. A repositioning cruise is a voyage that’s typically between one-and-three nights and is required because the cruise ship has docked in one city but will disembark on its next trip from another city. 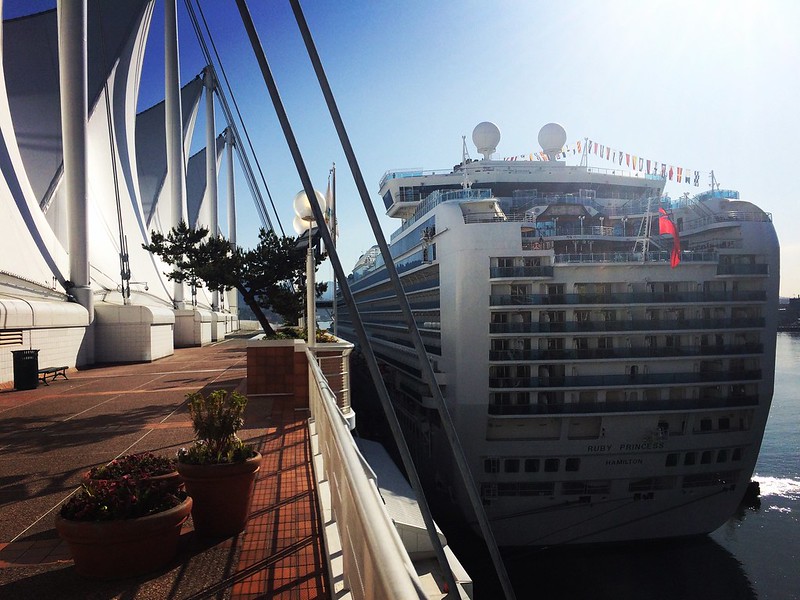 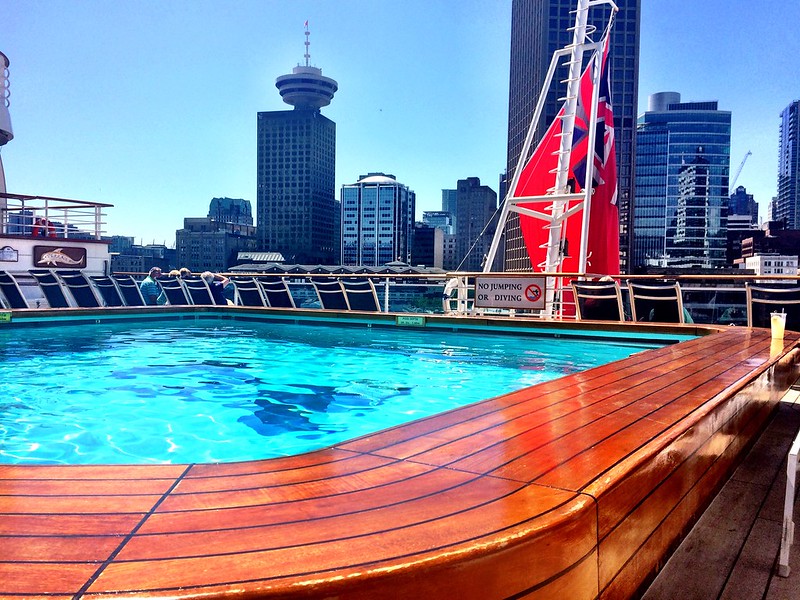 My favourite vacations are the spontaneous kind where no plan is in place. However, I’ve quickly learned that there’s definitely a time and a place for a luxurious cruise in which nothing is overlooked, each detail meticulously taken care of. 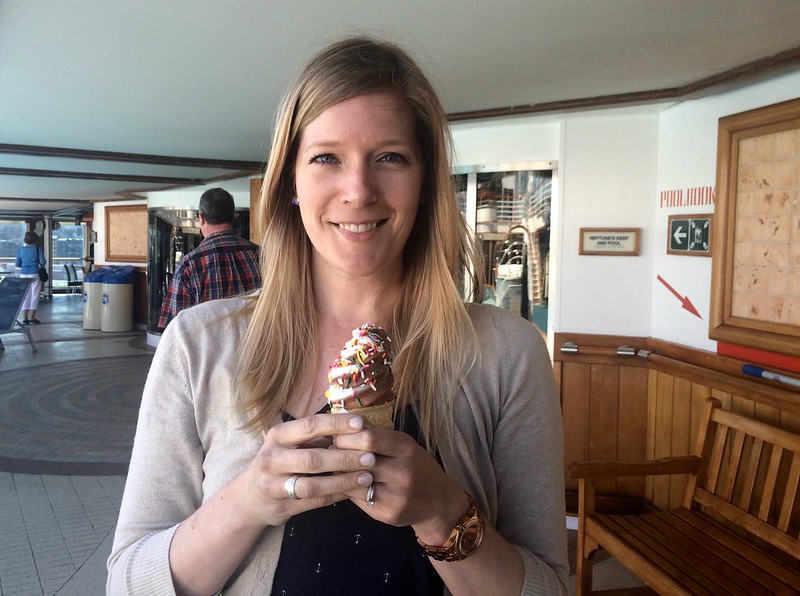 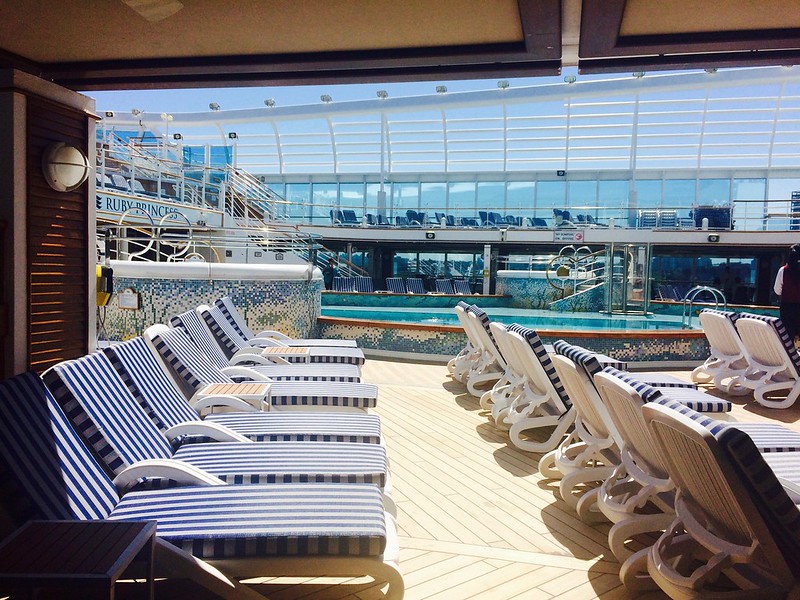 I boarded the ship at Canada Place in downtown Vancouver. After clearing security and customs, I was free to spend my afternoon exploring the ship, dining at the buffet, or reading my book by the pool. 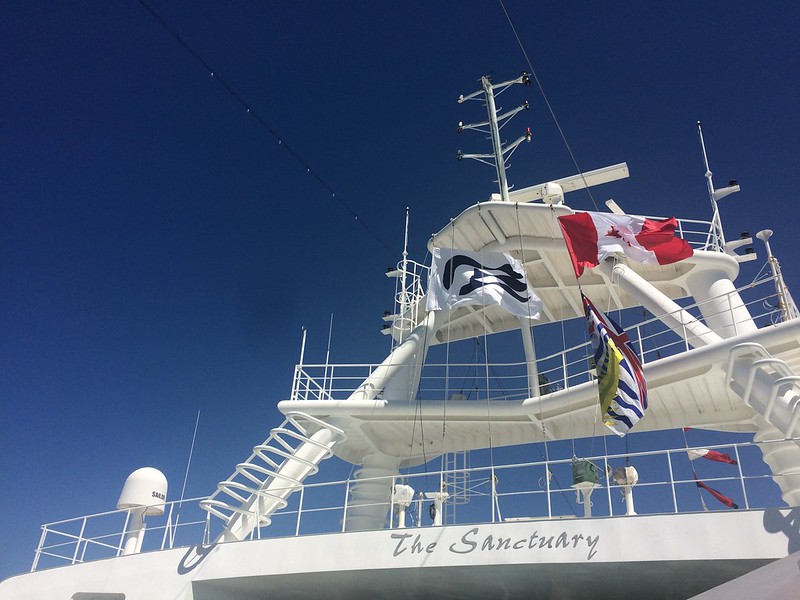 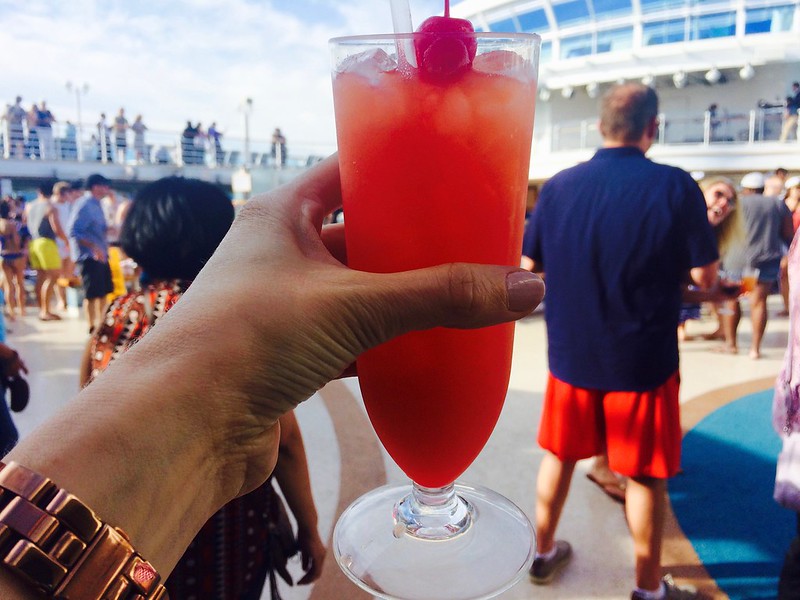 We disembarked at about 4:00 pm and set sail on a picture-perfect Vancouver day under blue skies. The vessel was met with cheers as it cleared the Lions’ Gate Bridge. Live music and cold beverages added to the festive atmosphere. 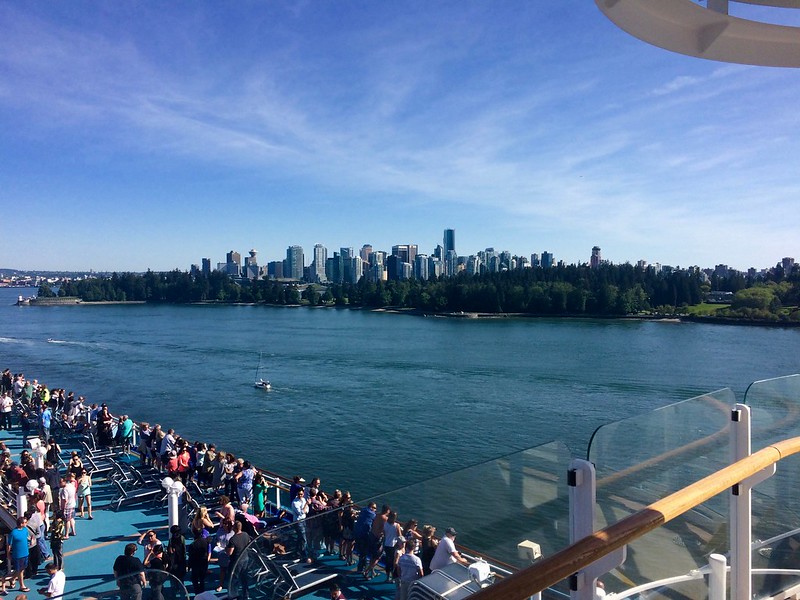 I’d never before experienced anything all-inclusive, so I have to admit that my appetite was a bit overwhelmed by the endless options. During the 16 hours I was on the ship, I’d visited the buffet, the dessert buffet, the ice cream bar, the pizza bar, and one of the more elegant options for dinner. 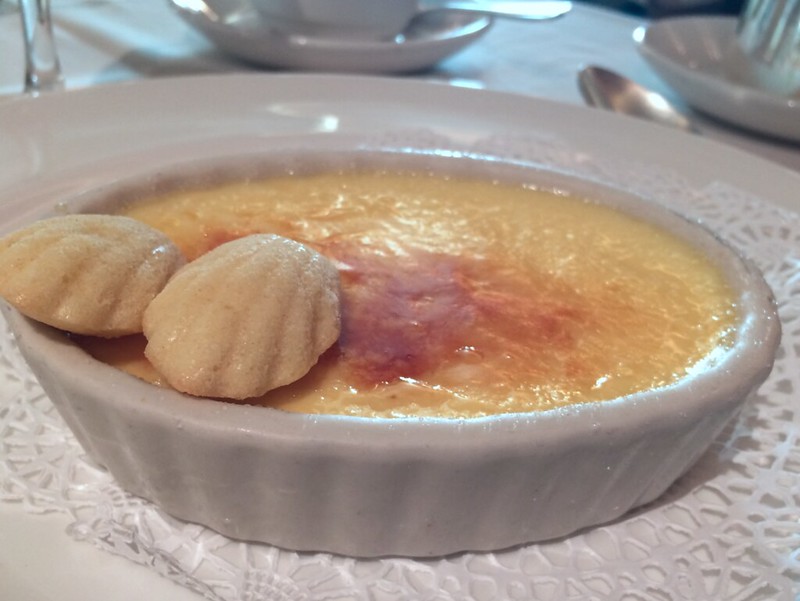 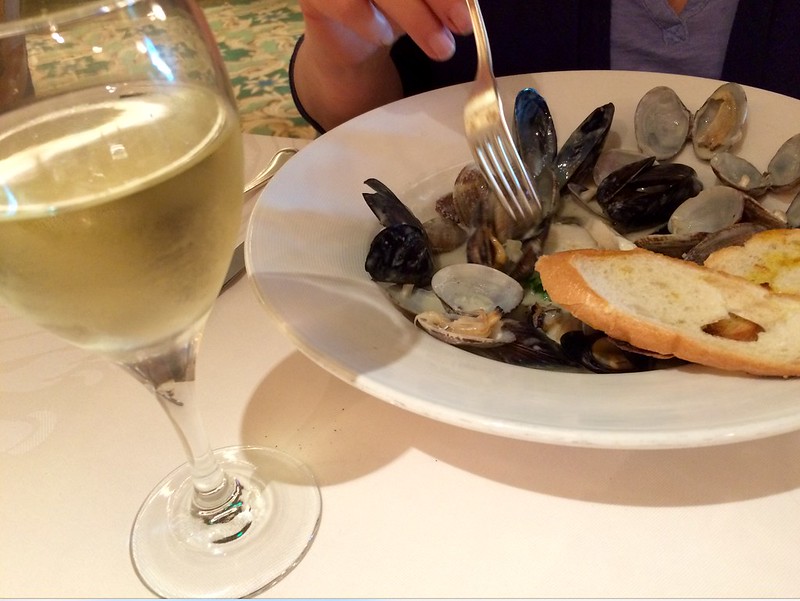 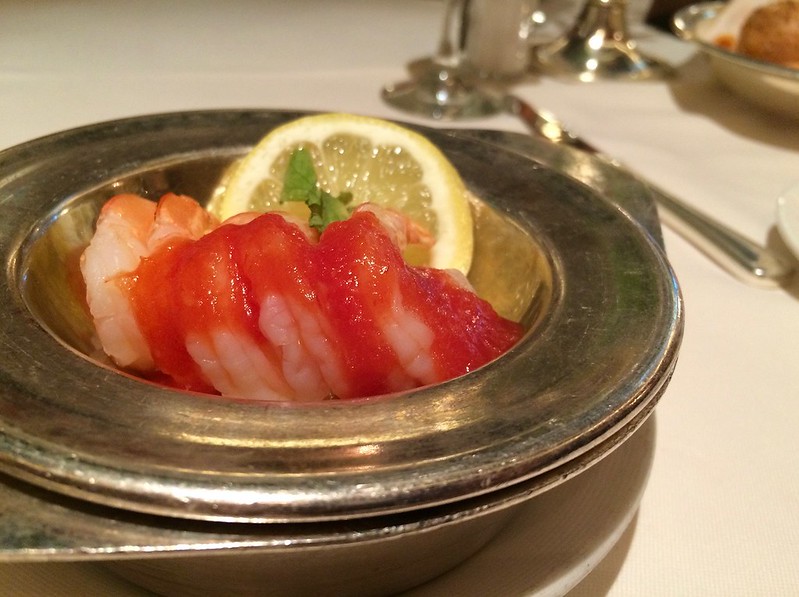 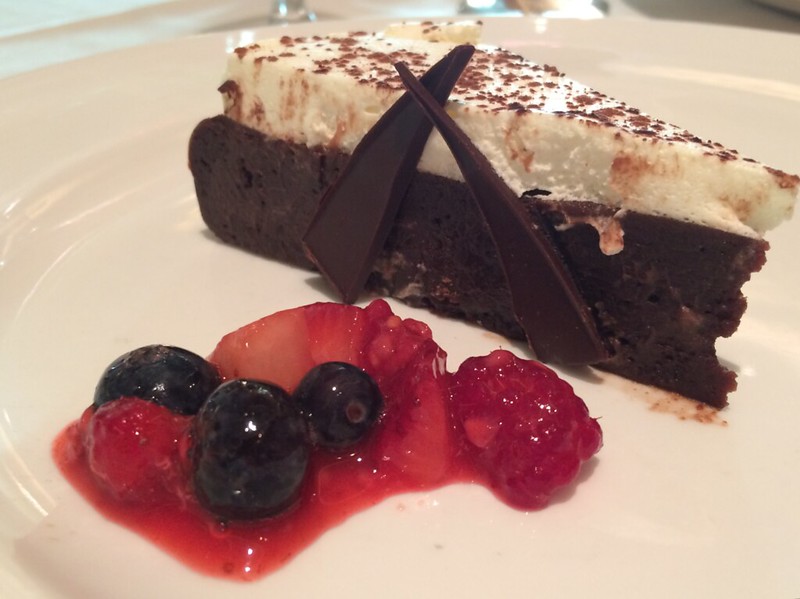 Most of my time was spent exploring the ship, snapping photos of the gorgeous sunset, and relaxing – which is ultimately what cruising is all about! Waking up the next morning to find our ship docked in Seattle was a bit surreal. While aboard, it’s easy to forget that you’re actually en route to somewhere.

I met a lot of people on the boat who love to cruise, some even on their 23rd cruise. If there’s any reason people like those I met keep coming back, I’d have to guess it’s the service. All of the Princess Cruises employees went above and beyond to ensure an incredible time, truly living up to their staff goal of being the consummate host. 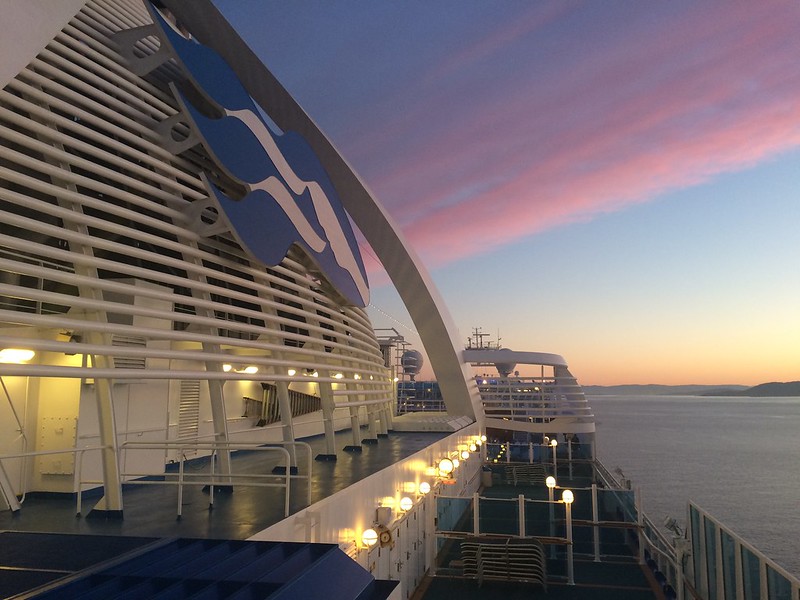 Disclaimer: The cost of my cruise was complimentary. I was not paid or expected to write this post. All views, opinions, and photos are my own.