Before there was WordPress there was Blogger. Before there was Blogger there was Angelfire. And before there was Angelfire, Rebecca Bollwitt of Miss604.com fame was already blogging. Born and raised in British Columbia’s largest city, Surrey, Rebecca has ignited hometown pride in her wide readership across Greater Vancouver. She’s married to a sweet and charming man from Iowa that she fell in love with over a decade ago, and she’s been a close friend of mine for 10 years. Rebecca is a speaker, author, Vancouver Whitecaps fan, sister, aunt, daughter, kitty-lover, world traveler, indie-music lover, and she always knows where to find the best noodles in Vancouver’s West End.

Planning vacation time with my husband, John. I get to travel a lot for work so it’s extra special when he gets to come with me. That, and we’re road-tripping to his hometown in Iowa to visit his family, who are all so wonderful. Next stop: Anytown, USA!

Sunset colours peeping through the roof at BC Place during the Vancouver Whitecaps FC match versus Kansas City earlier this week.

It depends who it is from. I used to turn into an ugly-cry mess all the time until John made me ask myself: “Do I know this person? Do I really care what they are saying?” Most of the time the answer is “no,” and so I keep on keepin’ on.

Credit photographers. I know it’s funny that my answer has nothing to do with writing really, but photos are such an integral part of a blog and if you are using someone else’s, it’s 100% bad form not to credit them. It’s downright stealing.

My rules for the way I live my blogging life are simple otherwise: Find my voice. Write what I want to write. Deliver what I want people to read. Hope they enjoy it and come back for me. Wash, rinse, repeat.

At one time I thought I was a monkey, because I used to get all jacked up on PC Cola and spend so many sleepless nights on the computer when I was a teen – I thought I was super hyper. Turns out I’m a rather mellow person who hasn’t touched pop since I was 18 and it’s all for the best.

So, I’d have to say a cat. My sister makes fun of the fact that I admitted that my best friend was our family’s cat when I was growing up. The cat really did see me through tough times though (although she was mysteriously absent during the PC Cola episodes). I like routine but I like exploring, I take risks but I like a comfortable environment in which I can rest, and I know I just might love napping on the floor on my apartment in a ray of sunshine that creeps through the window when I’m all done my work in the afternoon.

I was the brainiac that was also the captain of four sports teams who went to punk rock shows on the weekends. I think I was everything but the princess.

A craft brewery in small town Iowa, where we’d grow our own hops, use local barley, have a tasting room, and a warehouse kitty to ward off any field mice that would want to eat our grains.

Less Than Jake’s “History of a Boring Town” and a-ha’s “Take on Me.”

Coming out of covering the Tokyo 2020 Olympics. The Vancouver 2010 Olympics were such a tipping point for my site – even though it was already six years old at the time – that I’d love to have another Olympic experience with John in a place where he’s always wanted to take me. 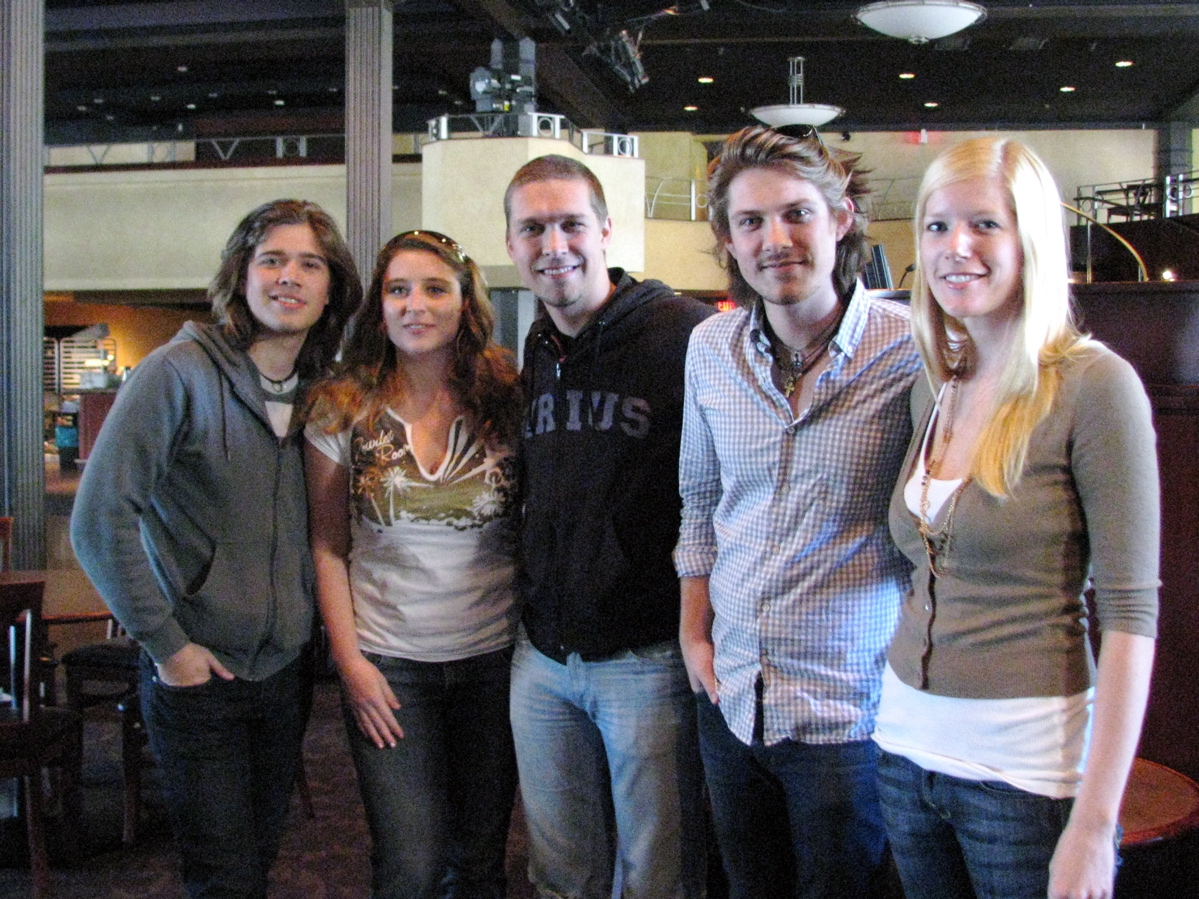 Interviewing celebrities is par for the course in Rebecca’s world. In 2008 I tagged along as she interviewed Hanson at the Commdore Ballroom.

Nowhere in Vancouver is open at 2:00am is it? Ah. Lucy’s Eastside Diner is 24-hours, so I’d hop over there or raid the local 7-Eleven for popcorn.

12. In Vancouver, what’s the one restaurant that no one has heard of but everyone should eat at?

I think people have heard of almost everything in Vancouver, with over 200 food bloggers covering the local scene at one point, but the Robson Market is a hidden gem. There’s been a lot of turnover lately but upstairs there’s a lunch counter that serves up some of the best ramen in the city. It even beats some of the places down the street where there are lineups out the door at any time of day.

That I’m super busy all the time. It’s not all the time; it’s just about half the year. I GSD (Get Shit Done) at full throttle but I also book, plan, and plot my free/play time with the same vigour. Work hard, play hard. That and I do have those ugly cry moments now and then. I’m a real, squishy, human being that does hit a breaking point sometimes.

I’d love to learn how to sing. I love doing it (poorly) anyway – ask anyone else in the Southsiders supporter section at a Vancouver Whitecaps FC match…

My sister, for raising four thoughtful, happy, beautiful, and intelligent kids on her own while also excelling in her career. Sometimes I think of all the stuff I need to do in a day, then I think about piling on top the added responsibility of ensuring four other little lives are taken care of, and I can’t even fathom how she manages to even put pants on every day — but rest assured she does, and they’re usually fabulous.

My dad. He instilled in me the value of learning about the place where you live, appreciating history and cheesy humour, and he kept me afloat during my teen years when I could have easily been set adrift.

People who were around at the time Vancouver was becoming a city: E. Pauline Johnson, Major J.S. Matthews, Chief Joe Capilano. (And I’d sneak in John Bollwitt because I wouldn’t want him to miss out.)

Do you want this house on a private island in the Salish Sea that I’d like to give you, no strings attached?

20. Do you want this house on a private island in the Salish Sea that I’d like to give you, no strings attached?

Yes, but what should I do with the craft brewery in Iowa?

All photos provided by Rebecca Bollwitt. Portraits by Nordica Photography.

← Wellness Wednesday: Write It All Down
Cruising from Vancouver to Seattle →