For most kids I grew up with, a family vacation to Disneyland was a rite of passage (or ride of passage, if you will). I was not one of those kids.

When J and I started planning our road trip, I insisted on spending time in Southern California. In fact, apart from airport layovers, I’d never even been to California! We allotted two full days to explore Disneyland and Disney California Adventure (DCA), and I wore my “1st Visit!” badge with honor as we set out to explore the Magic Kingdom. 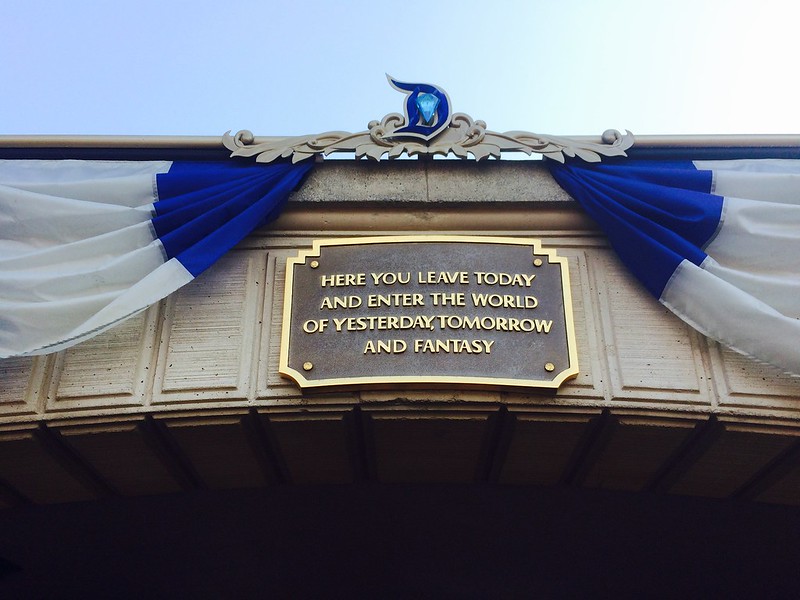 J tried to take as much video as he could while we explored the side-by-side theme parks, and I stitched those clips together in this quick highlight reel of our two days at the Happiest Place on Earth.

While I wish I could regale you with stories and wow you with thoughtfully-snapped photos, the truth is that I was so giddy, excited, and overwhelmed that my focus was on being in the moment. That said, let’s let the photos I did take do the talking. 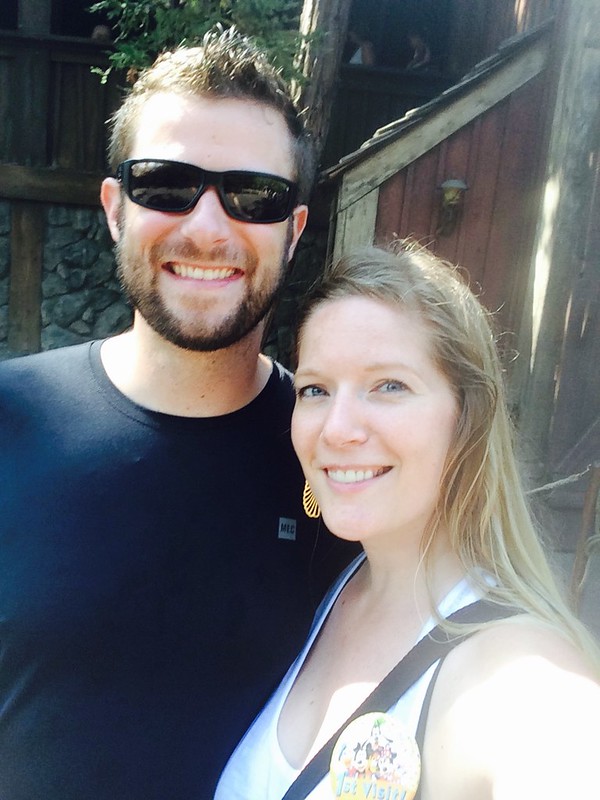 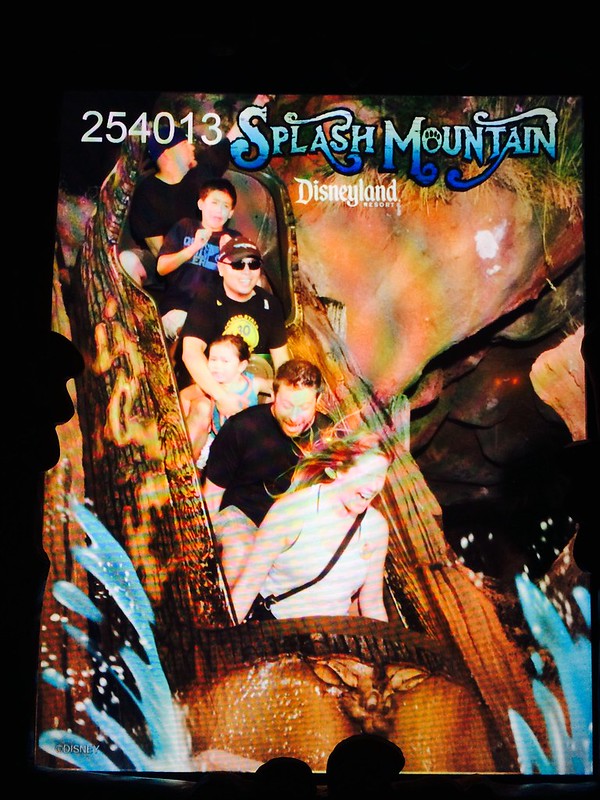 I conducted a lot (and I mean a lot) of research before our arrival, and the top tip I kept coming across was to not only use the FastPass system, but specifically to grab FastPasses for Radiator Springs Racers in DCA. We did just that when the gates opened on our first day, and then trekked back to Disneyland to grab FastPasses for Indiana Jones Adventure. Luckily there was no line-up, so we jumped right on. 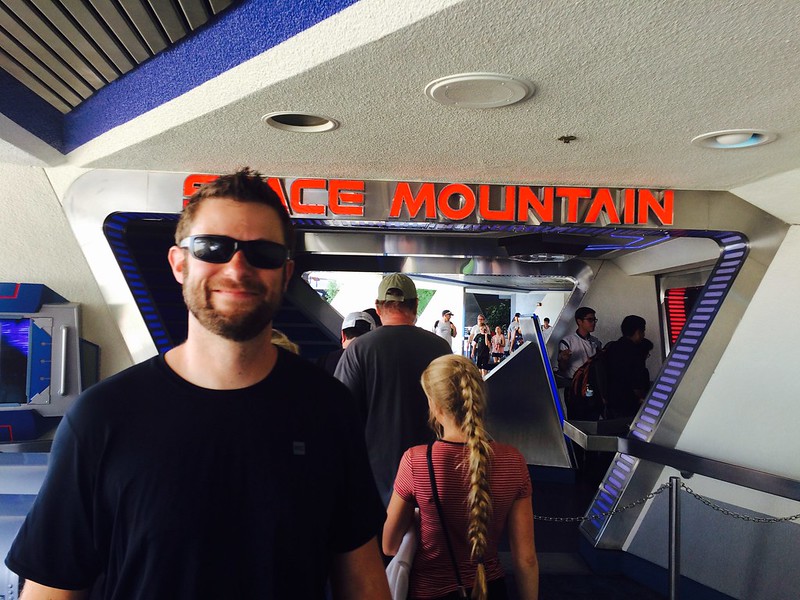 In fact, our timing was so impeccable that we played connect the dots, zig-zagging from Indiana Jones Adventure to Pirates of the Caribbean, from there to the Haunted Mansion, on to Big Thunder Mountain Railroad, Splash Mountain, and finally Space Mountain. Knocking out six of the key attractions at Disneyland with minimal waits and all before 11am felt like somewhat of an unheard-of accomplishment. 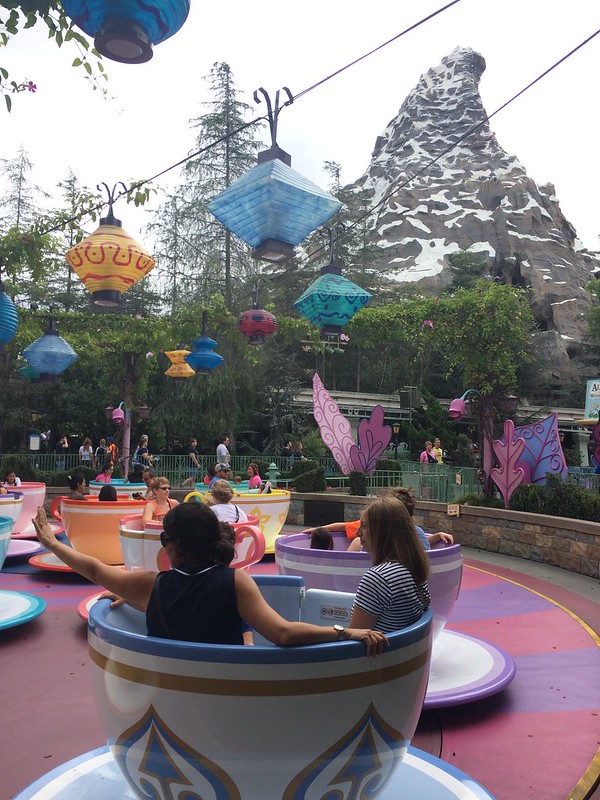 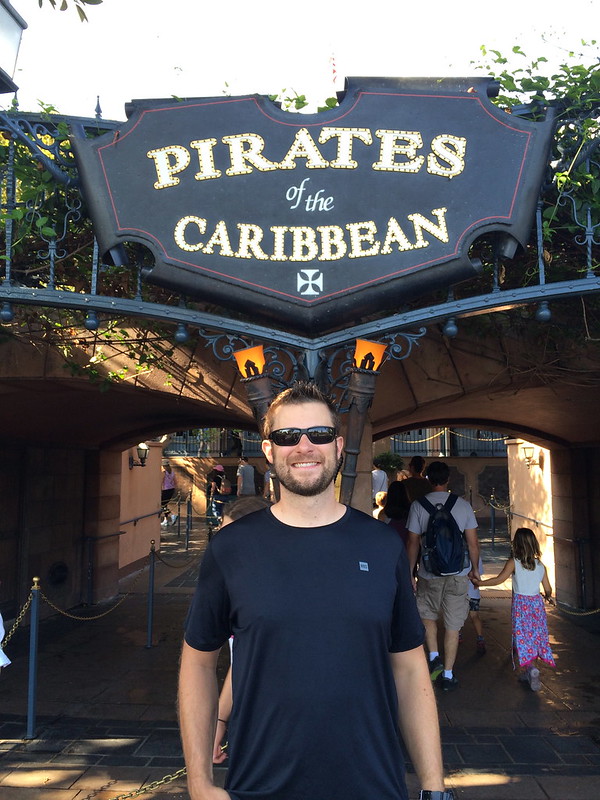 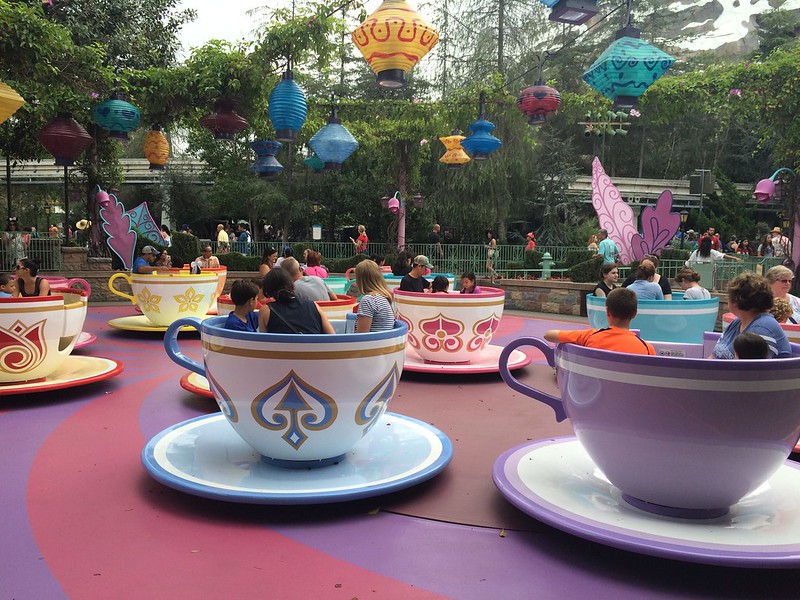 A freak rainstorm closed the Mad Hatter’s Tea Party on the first day, so I dragged J to it almost immediately on the second day before my parade was rained on once again. My husband, the good man that he is, even obliged my desire to fly high on Dumbo the Flying Elephant. I was adamant at making up for lost childhood experiences! 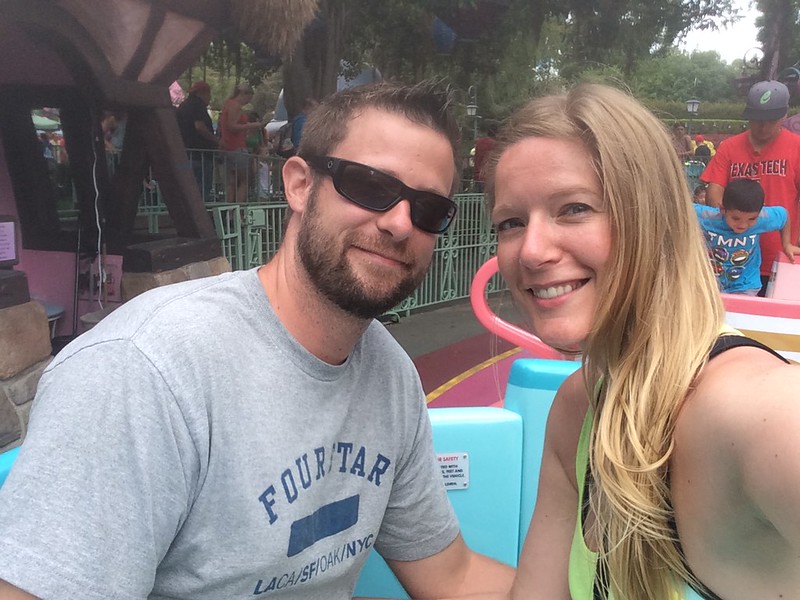 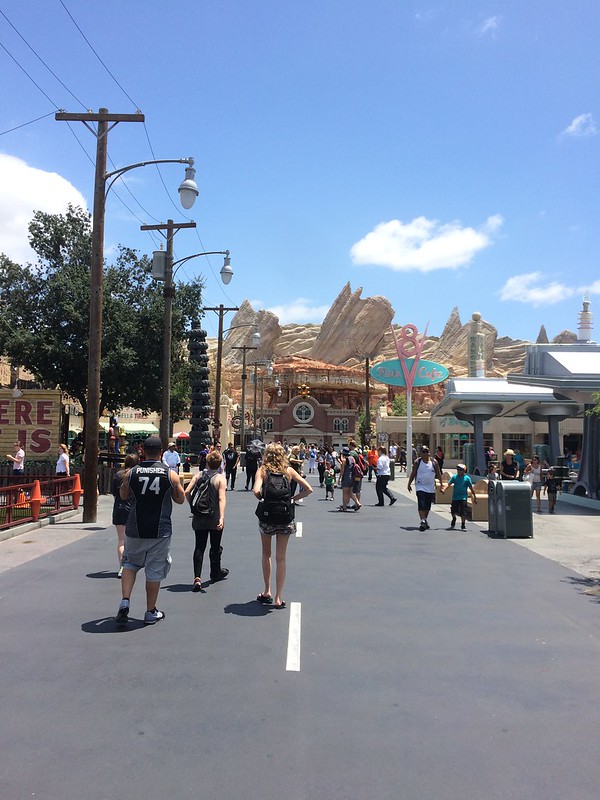 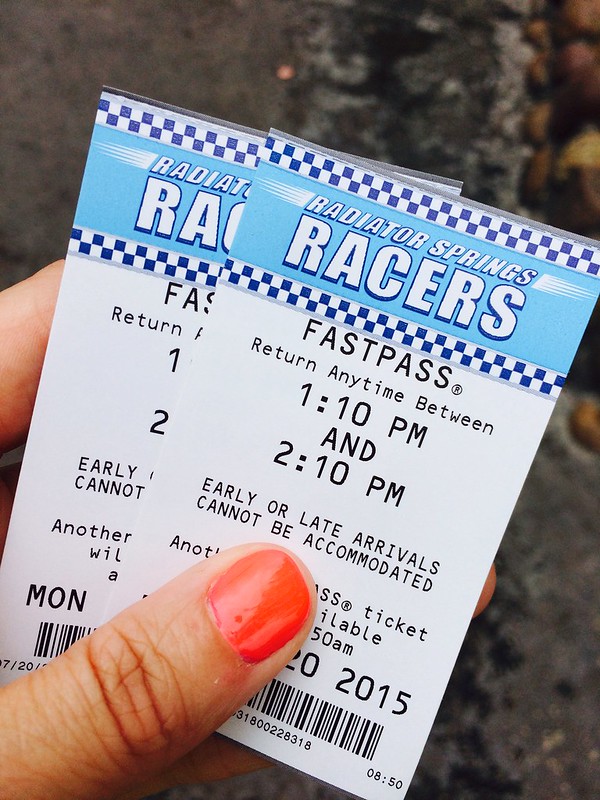 We almost didn’t purchase Park Hopper tickets and were set to strike DCA from the itinerary, but my friend Rebecca insisted, claiming that we needed to go “even if only for Radiator Springs Racers.” She was right – and not just for the sake of journeying into Cars Land. 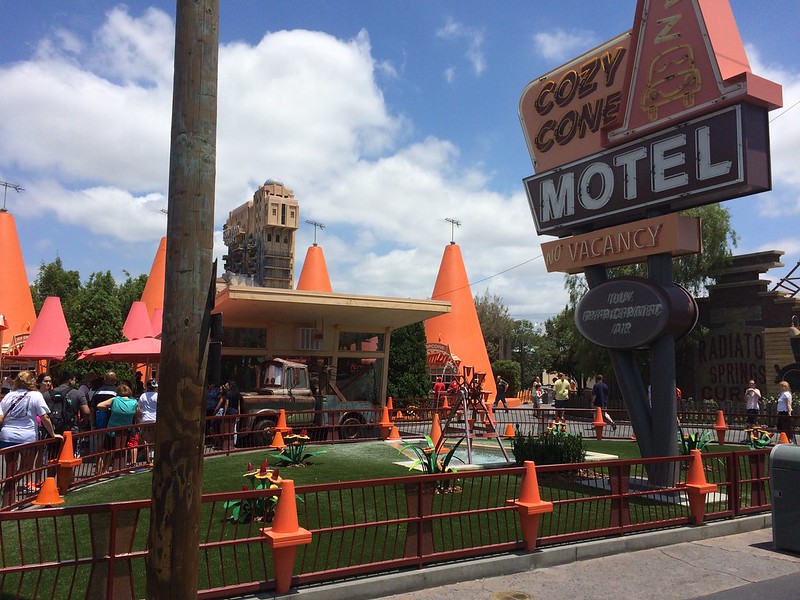 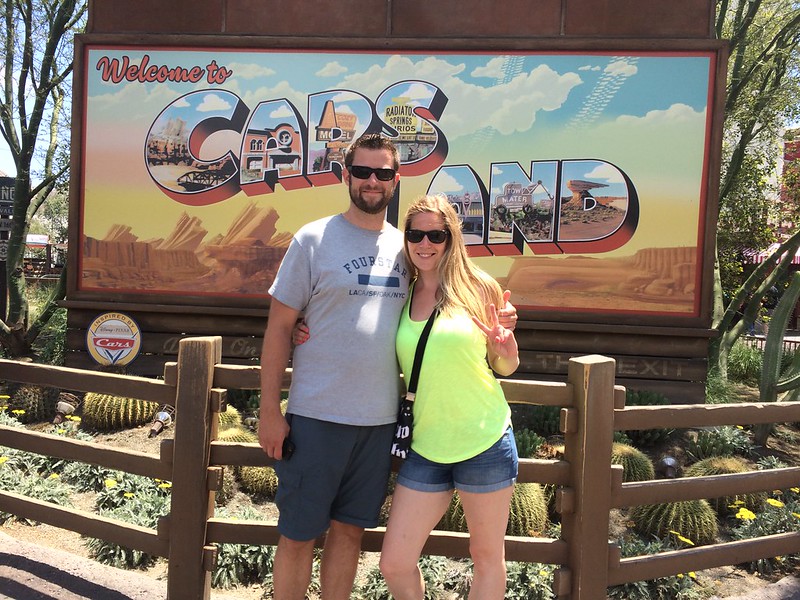 After facing a huge fear two days earlier in Zion National Park, I wanted to tick The Hollywood Tower Hotel off my list but couldn’t deny that I was still terrified. However, after mustering up what courage I had left (and overhearing a five-year-old in an Elsa t-shirt insist that it was her favourite ride), I decided I had to cross into The Twilight Zone. It was entirely worth it and not nearly as frightening as I made it to be in my mind. 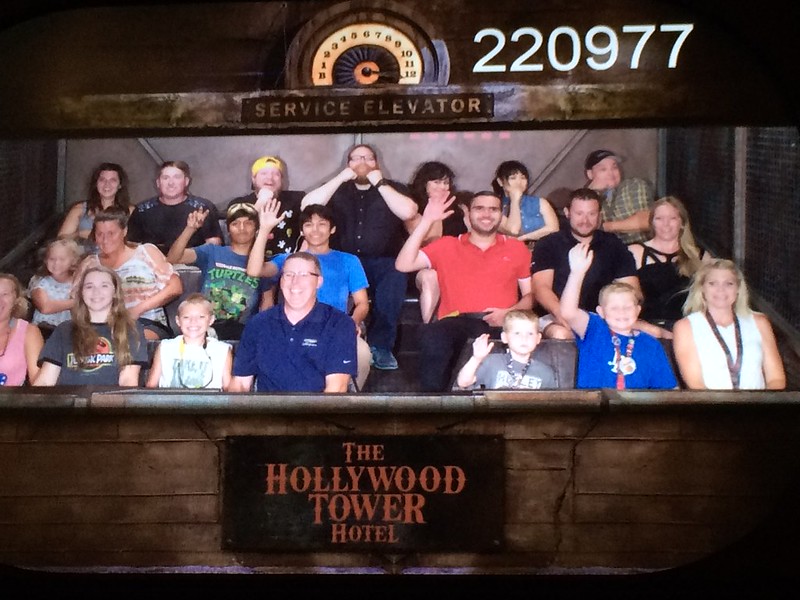 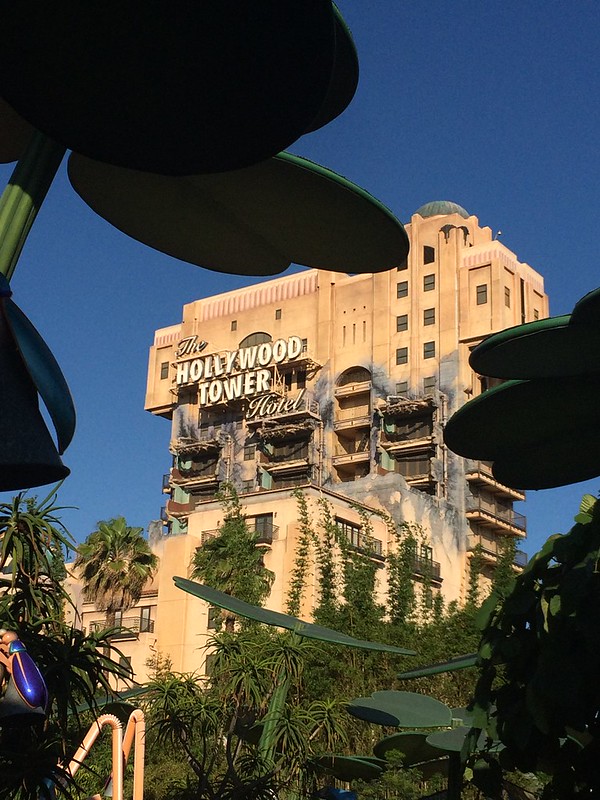 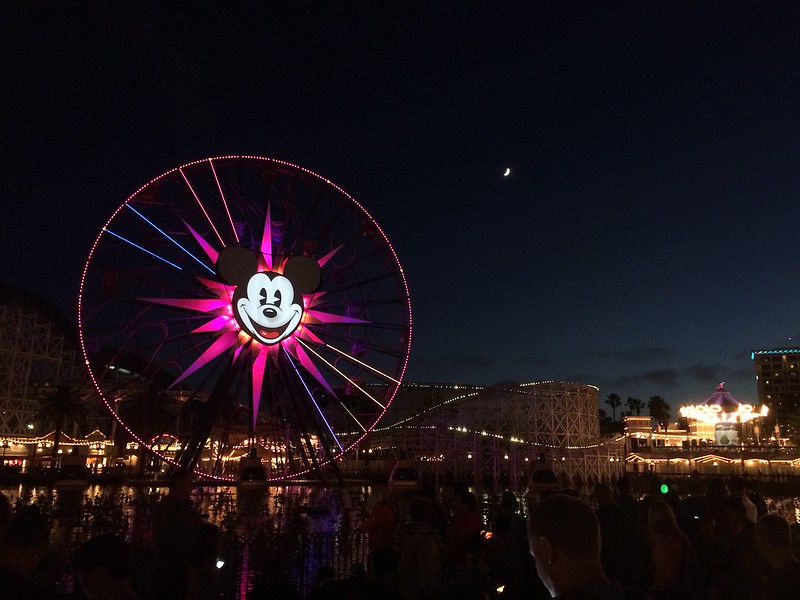 When we weren’t spinning, climbing, dropping, or screaming, we were stuffing our faces. The Mickey Mouse-shaped beignets in New Orleans Square were a memorable favorite. On the second day, we lunched at Wine Country Trattoria in DCA and daydreamed about how many more times we’d plummet over the drenched drops on the Grizzly River Run. That ride was a scream in the pouring rain! 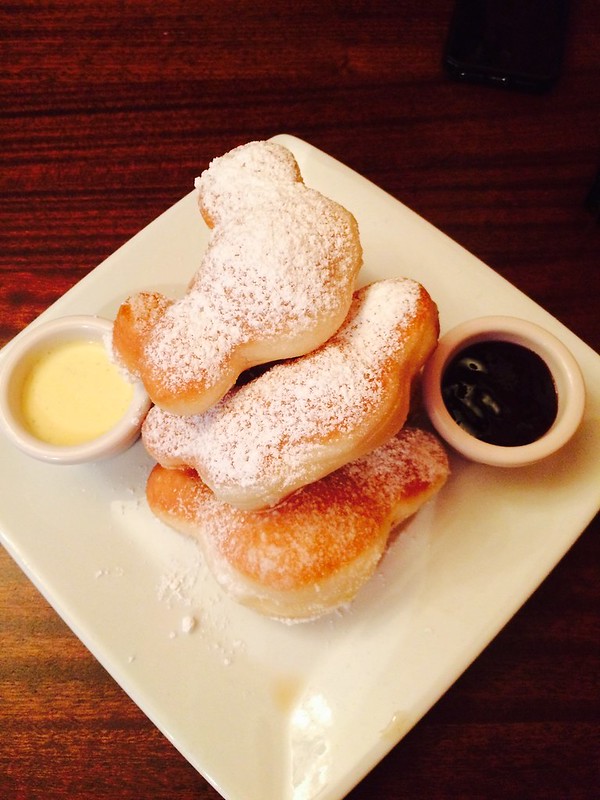 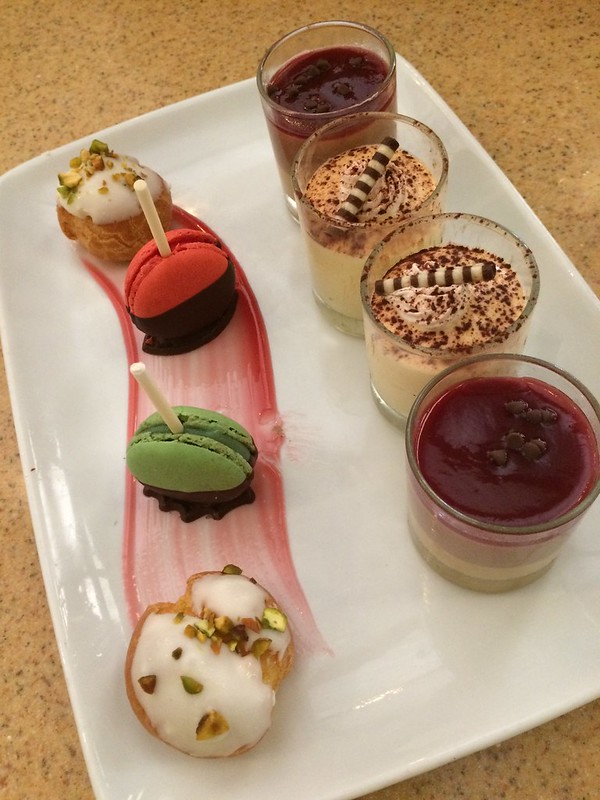 You didn’t think I’d get away without meeting at least one of the classic Disney characters, did you? Pluto and I were totally digging’ each other. 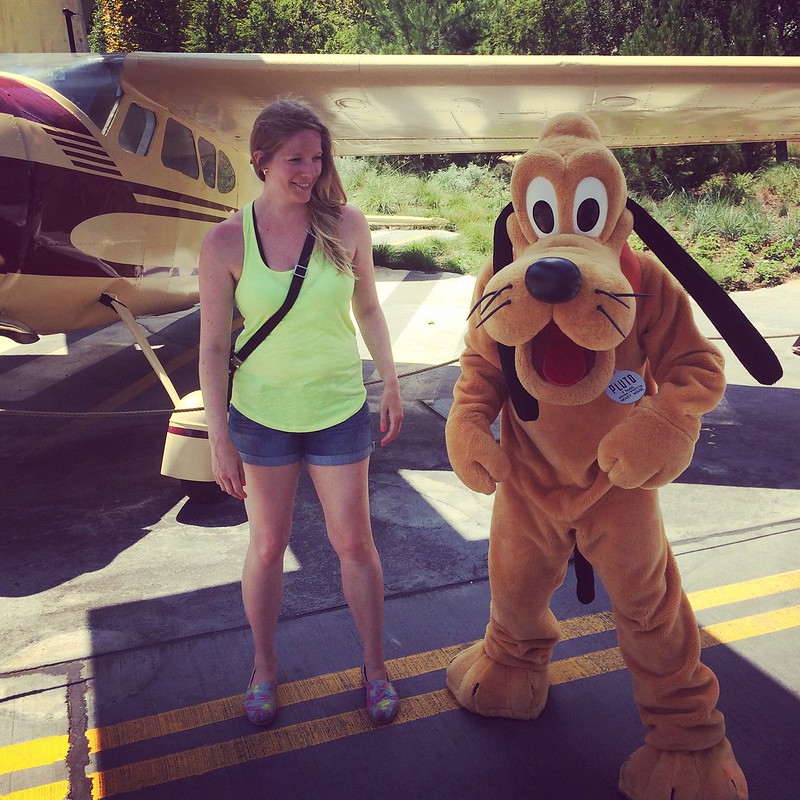 For every wish I ever made and every dream I ever had, Disneyland made them all come true. I walked through those gates, clutching my ticket in one hand and my inner child with the other. I brought with me a sense of adventure and and unleashed my excitement. There were no regrets and no missed opportunities.

Walt Disney dreamed of a place where people could come together, have fun, and leave behind the world they live in – even if just temporarily. 60 years later, Walt’s vision is still very much alive, breathing magic into those who seek it. 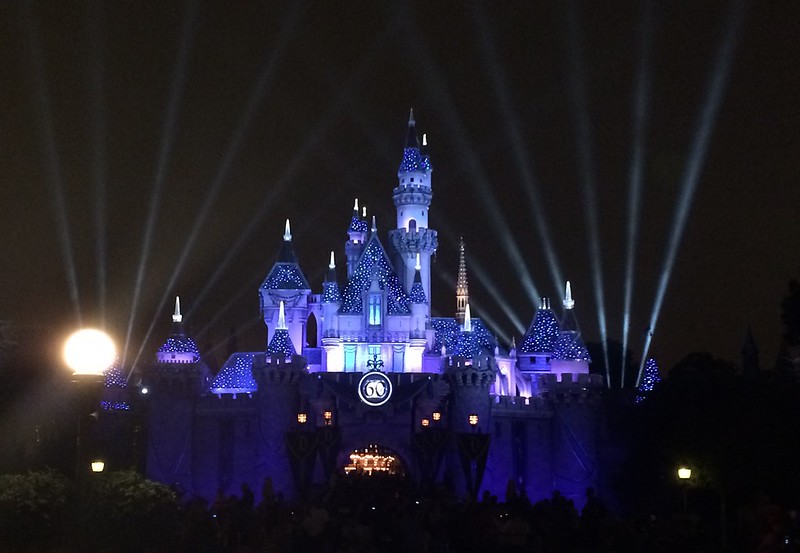 Disneyland is celebrating its 60th anniversary and is honoring the occasion with its Diamond Anniversary Celebration. Prepare to be dazzled with a number of exciting and unique events being held in Disneyland and at Disney California Adventure this year. I was not paid or asked to write this post. My thoughts, views, and opinions are entirely my own.

Accommodation: Hilton Anaheim located one mile from Disneyland Resort
Facilities: Spacious rooms, pool, hot tub, food court, wifi, fitness center
Privacy: Its sprawling design allows for quiet hallways and even quieter rooms
Cost: USD$129 per night (an incredible deal!)
Would I Stay Again?: Definitely! One caveat: we booked the Hilton because it isn’t on the Disneyland Resort property and is attached to the Anaheim Convention Center. Because of that, and because we were traveling without children, we assumed would be in a mostly adults-only hotel, but that was not the case. The hotel was terrific but I only wish we’d been more prepared for the “delightful chaos” of kids running around everywhere. Using the pool and hot tub area for down time at the end of the day was impossible because it was jam-packed with families until closing at 10pm every night.