For as long as there have been automobiles, the lure of the open road has beckoned countless people struck by wanderlust. There’s a certain romanticism to hastily throwing together one’s belongings, piling in the car, and setting off for destination unknown. The reality is that it’s not usually quite so simple. There’s always a detour to be found, whether literal or not. 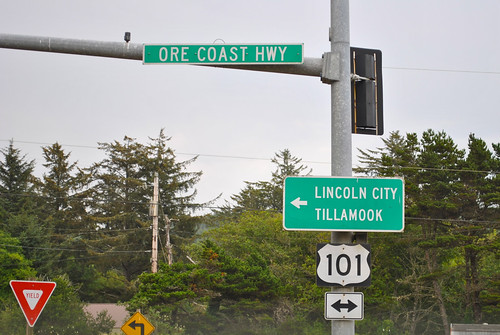 For nearly six weeks this summer, my husband and I took the road trip of a lifetime. We criss-crossed across all 11 Western U.S. states, drove over 6,000 miles (that’s about 10,000 kilometres for you Canadian readers), stopped at 10 national parks and monuments, and passed through seven major American cities. It was no small feat, but with a bit of careful planning and some foresight, we knocked the trip out of the park!

If you’re planning a road trip of your own – or are just dreaming of one – here is some advice that I found hugely helpful over the course of our travels.

Plan It, But Don’t Over-Plan It

There would be nothing worse than finally arriving at an epic destination, seeing the sights, and then returning home only to realize that you were mere miles from something else equally epic. Spread out a map, grab a pen and paper, and find out what there is to see and do along your route. Ask friends or family who have been in the areas you’re planning on visiting, and do some research into out-of-the-way spots.

For every stop you plan, make sure you include enough time to actually explore it. If you’re going all the way there, you’ll want to make the most of your time and not miss out on anything. Plan for a minimum of one full day at smaller national parks and at least two or three days at larger parks. Also be sure to look into any permits you may need for particular hikes and sights.

Even the most meticulous budgeter cannot plan for mishaps that are bound to happen. When my husband and I set up our tent in Monument Valley before our horseback ride, we didn’t anticipate a storm moving in. When we returned to our tent at 9pm that night, we found it had been wind-whipped into a cactus plant. It was torn to shreds with poles broken and bent in every which way.

The storm cost us $200 in that we had to shell out $150 for a last-minute hotel room and $50 for a new tent at the next Wal-Mart location we found.

Pictured above: our flawless tent mere hours before a thunderstorm rolled in and annihilated it.

Pack along an extra pair of rubber flip flops that are designated to be used only in campground showers. With as many people milling in and out of those each day, the tiles aren’t exactly sanitary and you don’t need any itchy hitchhikers between your toes. I was shocked (and slightly appalled) at the number of women I spotted showering in bare feet. Ick!

While I tried very hard to not over-pack, there were a lot of useful essentials that came in handy more than once. Make sure you bring along the following:

Leave Your CDs At Home

I’m one of those people that still buys CDs. Yes, the tangible discs with liner notes you can actually hold in your hands and flip through. So you can imagine how difficult it was for me to leave a pile of them at home. Instead, we used an iPod and ripped all our CDs onto it. Using an FM transmitter, we were able to rock out to Pearl Jam, U2, or even the Pretty Woman soundtrack in the middle of nowhere.

Get A Good Map Book

Anyone who’s even a little bit road savvy knows that you can’t always rely on GPS or Google Maps to get you to your destination. That said, get a map! Not just an over-sized fold-out map but one of those map books you can pick up at big box stores for a few dollars. Not only are they wholly reliable but maps are crazy fun! I could spend hours pouring over a map and I did just that every time I was in the passenger seat.

Sometimes it’s a bit more exciting to avoid the interstates and find the road less travelled. You can’t do that with GPS because it wants to get you from ‘A’ to ‘B’ as quickly as possible. Seriously: get a map book.

Create A Budget With Lots Of Wiggle Room

One thing that surprised us was that, despite spending about US$1,100 on fuel, our food costs far surpassed that amount. Of course gas, food, and lodging will take up the bulk of your budget, but some of the extras needs to factored in. By that I don’t mean things like Disneyland tickets or guided tour fees, but extras such as postage stamps, souvenirs, or courier fees. After collecting a boxful of souvenirs by the time we reached Arizona, we spent US$60 to ship them home in order to free up room in our truck.

And since you asked, Disneyland is well worth any expense. Purchasing Park Hopper passes is a no-brainer in terms of value! (More about that in a future blog post.)

Don’t Be Hard On Yourself (Or Your Waistline)

When spending any amount of time on the road, you’ll eventually come across a fast food joint that is just too alluring to resist – even if just for convenience’s sake. We may have found ourselves at In-N-Out Burger and Jack In The Box (two tacos for $1 – thanks, Tony!) more times that I’d like to admit, but it is what it is. I have no regrets and neither should you!

That said, when you have the opportunity to make a healthy choice, grab it. We definitely took advantage of the to-go wraps and salads at Trader Joe’s and even Wal-Mart when we had the chance. Having a ready-made southwestern salad in your cooler definitely eases the fast food temptation. 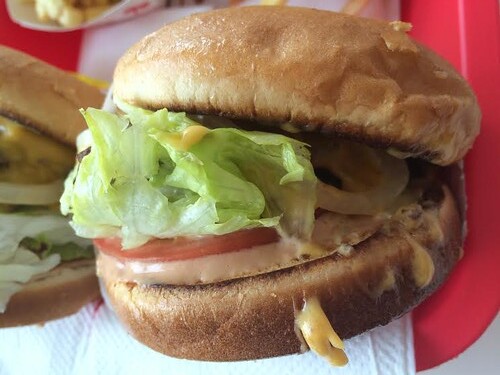 Roam If You Want To

Mobile roaming fees are the bane of any Canadian’s existence when in the U.S. I tossed $50 at Bell Mobility to have them unlock my phone, and then I purchased a Roam Mobility SIM card for less than $10 at London Drugs. For the cost of my daily Starbucks habit, I was able to talk, text, and Instagram to my heart’s content while on the road.

One caveat: Roam didn’t work at all when we were in Montana, and only sparsely in some of the other states. However, it was a total rock star in California and along the coast.

Find Your Park with an Annual Park Pass

Both Americans and Canadians are eligible to purchase an America The Beautiful annual park pass for the national parks and monuments within the the National Park Service. At a cost of only $80 – and more than 400 parks and monuments to explore – it’s well worth the money. Most national parks cost, on average, $20 to admit a vehicle and its passengers, so our park pass paid for itself by the time we arrived in Utah.

This is where I turn it over to you: do you have any hot tips for road trips? Let me know in the comments below.